This article is part of a series on Advanced and Specialty Stitches. Check the main article for a full list of stitches. This one is just about the french knot.

You’ll find french knots typically depicted in patterns by a small circle right at the intersection of 4 squares. A color symbol might be present, or it may just be in whatever color is intended for it.

As an example, here is a free pattern that was included as part of my Cross Stitch Pendant Tutorial.

And a small snippet from my Sulky Moon design showing how it might look with a color symbol.

When to use them

Many beginners avoid french knots, and it can be somewhat tricky to learn or get consistent. But they do make for wonderful accents to a project, from adding small details to decorating a border.

In designs they might represent a pupil in an eye, flowers in a bush, stars in the sky, or as part of a decorative border

How to make a french knot.

The primary technique is simply to wrap your thread around your needle twice (or sometimes 3 times if you want a bigger knot) and pulling it tight before sticking your needle back in right next to where you just came up from.

Make sure you’re pulling the thread tight as you go back into your fabric. Some instructions will tell you to go back into the same hole you came out of, but I find it stays more secure if you’re juuuuust off of the hole, or even in the middle of the stitch. This will keep you from accidentally pulling the knot through the hole.

I highly recommend 8 bit stitch’s video on how to create a french knot. It’s much easier to see in action than it is to describe.

If you hate french knots like myself and many others, there is an alternative! Using beads instead! I have a whole article on how to use beads in cross stitch, so I’m not going to re-write it all here.

Depending on the size of your bead, it may be a little bigger than a french knot. If there’s a lot of knots in an area it could get very bead heavy as well, so this isn’t always the best choice. But often it can add some shine to your project where the plain knot wouldn’t!

Siri | Cross Stitch Artist ·
@sirithre
Sooo this month's Fae Quaker SAL theme is Animals! I needed another theme I could somehow fit into these tiny squares, and pixeling a tiny hedgehog was just impossible to pass up, so here we are. 🤣

Which one is your favorite? https://t.co/bP2PwiE16n
View on Twitter 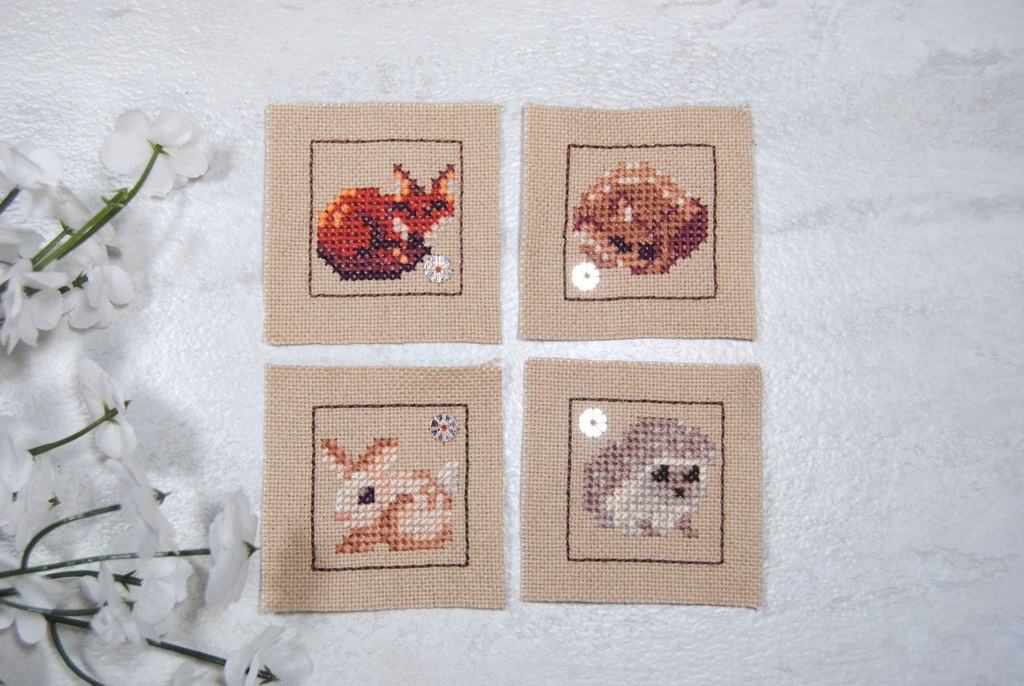