Hello! My name is Gina, but I go by Sirithre, Siri, Cthylla, Steve, and a number of other names.

I’m in my 30’s and have been playing games since I was barely old enough to work my father’s Commodore64 and/or my mother’s NES. They were both gamers and raised me well.

My mother taught me to stitch fairly young, and it wasn’t long before I discovered that pixel art made excellent cross stitch patterns. During college though, I’d end up putting away my thread for nearly a decade.

While adding my list of games to backloggery I realized just how horrible I am about actually finishing games. This is mainly due to spending too much time playing MMOs. Thus, my new year’s resolution for 2014 was to quit playing MMOs, and to work on my backlog of games. So I started streaming to encourage me to stick to this plan.

Well, I finished a fair number of games that first year or two, but eventually the cross stitch bug took over my channel and I ended up being known for my creative streams. That’s when my channel really took off, gained partnership, and I streamed nearly daily. I inspired a number of streamers to begin stitching, and other stitchers to begin streaming.

Truly it changed my life and lead me to many awesome opportunities including beta testing games (including Stardew Valley!) and writing the official Stardew Valley and Undertale cross stitch pattern books.

While I don’t stream as much anymore, I spend most of my time in the Pixel Stitch discord, continuing to inspire people to pick up cross stitch or to try new things within the craft.

I get a lot of questions from those on discord, and decided to answer my most commonly asked questions here, in the form of blog posts and tutorials. I hope this will serve as a resource for many a stitcher to come.

So many cross stitch resources have been lost to the passage of time, or are buried deep in abandoned blogs full of broken links and are often outdated or geared towards more traditional stitchers.

Instead, I wanted to focus on welcoming the newer generation of stitchers who enjoy video games, pop culture, and bright colors. The goal is to help you apply this traditional medium to modern design.

I will always encourage you to ask questions and to challenge traditional methods. My Twitter / Instagram DMs are always open, and no question is too basic to be asked.

Siri | Cross Stitch Artist ·
@sirithre
What do you get when you take several different chinese off brand threads and compare them to DMC?

A Siri article! 🤣
Head on over to my website to get a full in-depth comparison and review of the controversial CXC floss and not-quite-CXC brands. 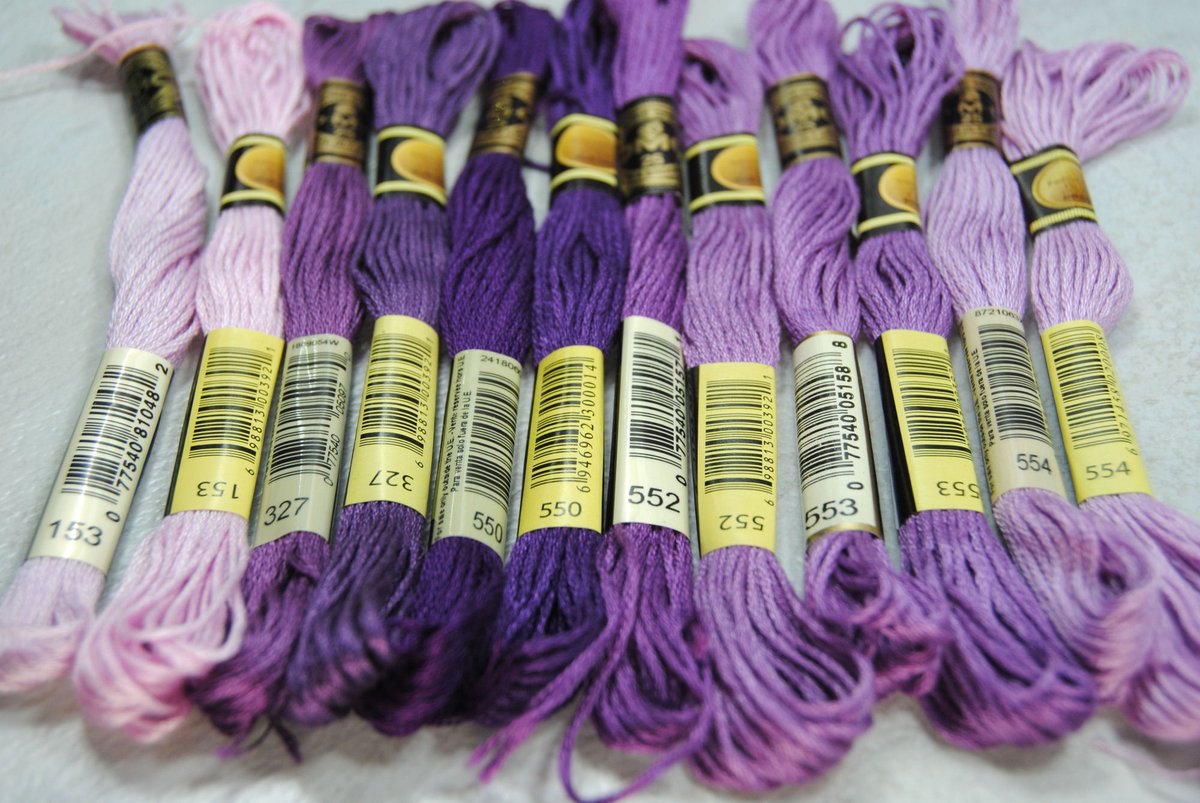