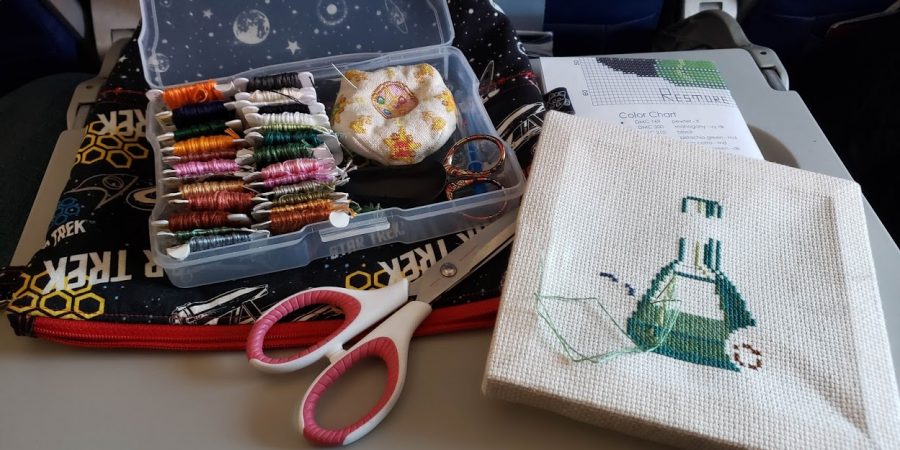 Here’s a question I (used to) see a lot. Can you cross stitch / do embroidery on a plane?

Well the answer varies incredibly. It varies from country to country, of course. But also from airline to airline, and airport to airport! Generally speaking, though: Within the US, yes. Probably. Internationally, results may vary.

Disclaimer: I live in the US and haven’t been out of the country in 15+ years, so I can’t really speak for other countries. I have done some research online and will share with you my findings, but I would recommend checking your own airline and airport regulations before flying.

I also started researching this in… January 2020. Which might explain why I didn’t get around to publishing this until now. Hopefully, most of you aren’t doing much travelling. But when you do, here’s what to keep in mind when it comes to bringing crafts to work on mid flight!

Let’s start with TSA Guildines. Many have concerns about getting their needles or scissors through the security check long before you even get on the plane.

For each of these, I will link to the TSA.gov regulation regarding these items.

What if TSA Stops You Anyway?

The TSA site says the following:

“The final decision rests with the TSA officer on whether an item is allowed through the checkpoint.”

If you get stopped by a TSA officer despite following these regulations, be polite. Bring up the site, or have the regulation printed out in advance. Make it clear you did your research and are genuinely surprised there’s an issue. Be nice. They’re not going to change their mind if you piss them off.

I would recommend keeping these potentially flagged items safely packaged, and in plain sight. Cover your scissor tips with a sheath. Keep your needles in a clear container, so it’s immediately apparent what they are. Don’t bring your favorite scissors, just in case.

Don’t try and hide the fact you’re carrying these items. If possible, keep them separate and put them in the bin with your shoes and tiny liquid containers. That way the TSA agent doesn’t feel the need to dig through your bags to find out what flagged their X-Ray. You can always put them back into your purse or backpack before getting on the plane.

I am not going to look up every single airline regulations, but I will try to get the most common ones. I generally fly Southwest because I’m poor, but have never had an issue with domestic flights. Any time I fly, I bring a cross stitch project to keep my anxiety at bay.

Regulations can vary from airline to airline, so it’s best to check just in case. Even if you get through TSA, a specific airline may ask you to put them away once you’re on the plane. Here’s the most common ones, but be sure to check your airline’s site if it’s not listed here.

International flights don’t always agree on what is allowed. If you’re flying out of the country, make sure you can get back without issue, too. Check the regulations for any of the countries and airlines you’ll be using on your entire trip in advance.

Check the specific airports you’ll be flying from, as well. Auckland Airport, for example, specifically bans both nail clippers and scissors.

I’m not going to research literally every country and airline out there for you. And regulations can change, so be sure to double check current guidelines even if I’ve listed them here. That said, these are the ones that came up in my research, or were mentioned by community members on Discord. I’ve linked to these guidelines as reference.

Okay, so you’ve determined your scissors will make it through the gates. Now what? How do you package it all in a way that is convenient to bring out and work on in a tiny cramped seat.

There’s a ton of different ways to package your stuff, but I’ll give you a few examples based on what I’ve found most convenient. I mentioned these items briefly in my Thread Organization post as well.

I recommend sticking to a fairly small to medium sized project, as you generally don’t have a lot of elbow room. Unless you’re lucky enough to have an aisle to yourself or are flying first class.

Have any tips or have you been denied bringing your materials on a specific airline? Let me know! I’d love to grow this list to be a useful resource for the community as a whole. 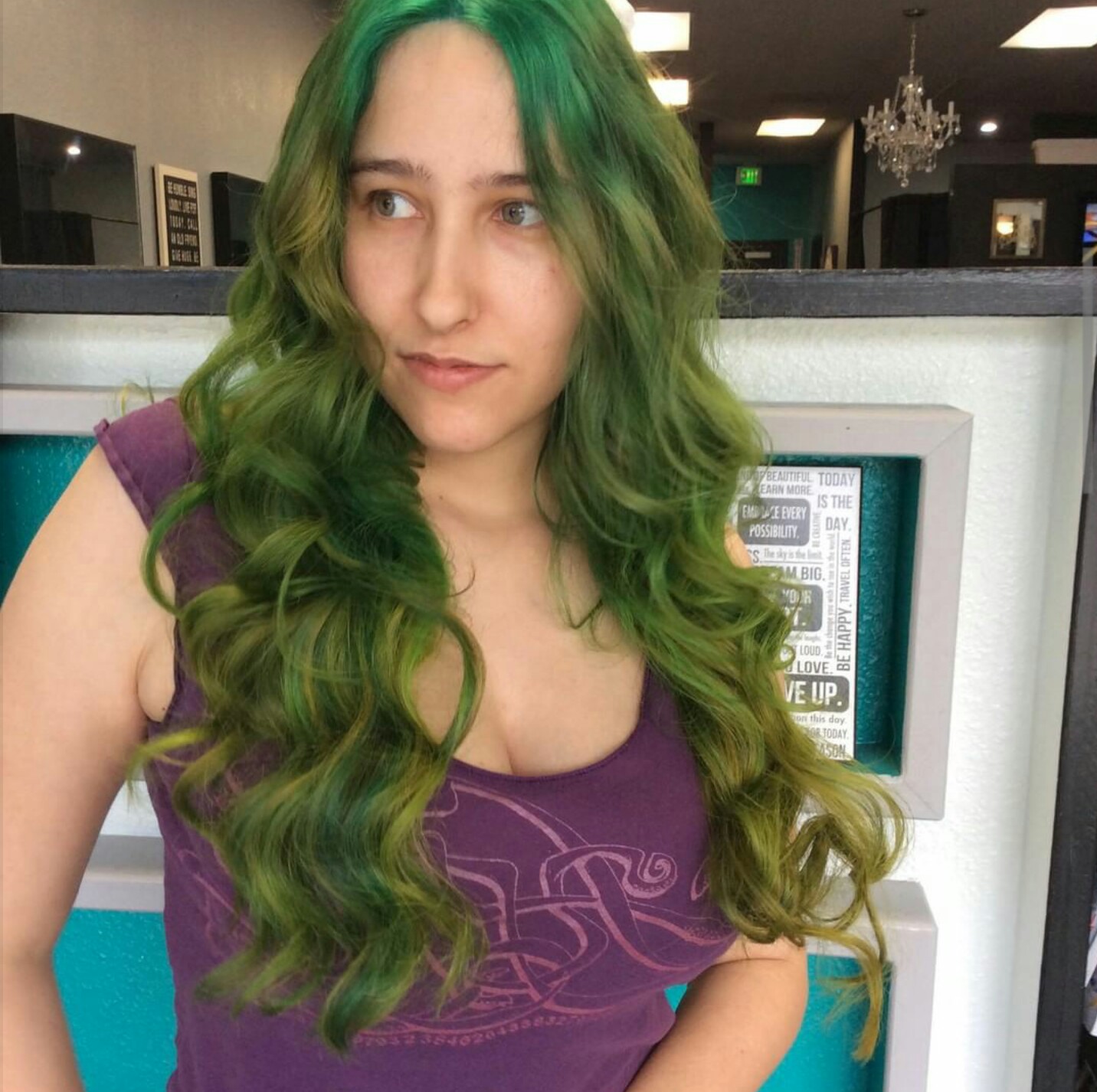 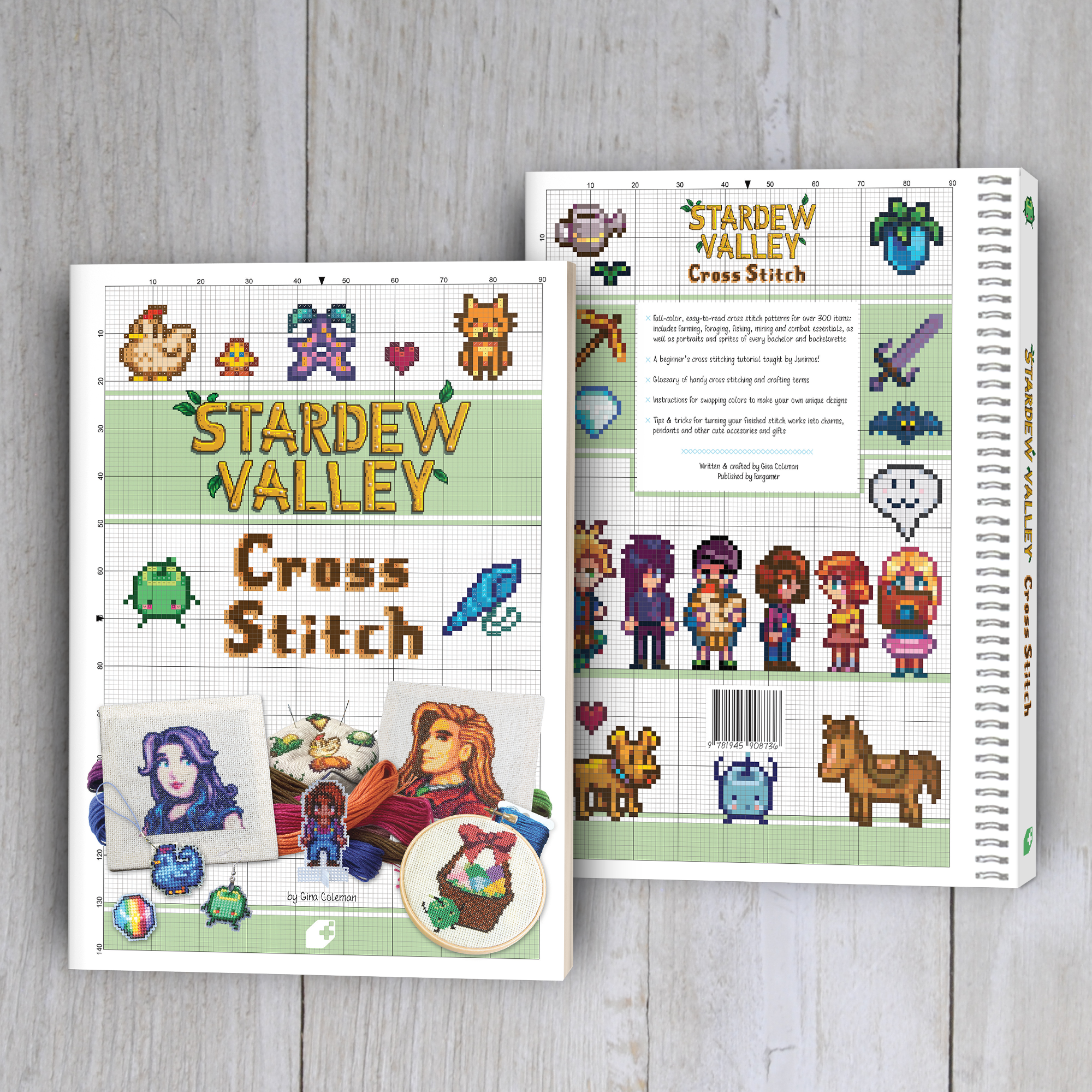